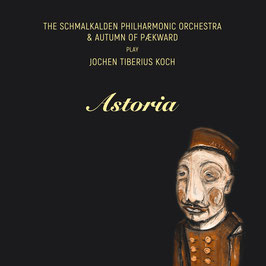 "Astoria" tells a story about the history of the hotel Astoria, built in 1915 located at Leipzig, Germany. The building was damaged during the war and air raid, but it has been refurbished brilliantly then became as the most beautiful building in the country. The music tells a story, how it was affected from the political issues and survived during the period of division and reunification of the country, until the closure of the hotel.

You can buy both Autumn Of Paekward Album as a bundle.